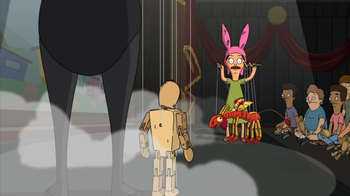 Louise clashes with the cranky old owner of a dismal marionette theater. While Bob fills in for a floundering flyer hander-outer.