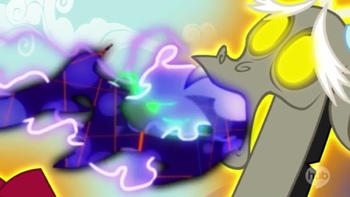 He'll absorb you next.