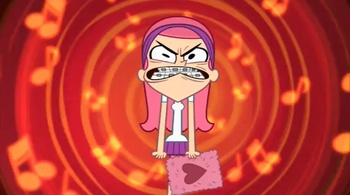 DO NOT make her mad. You really don't want to.