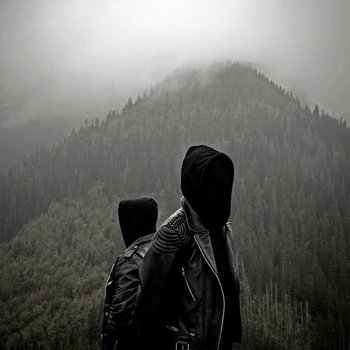 "The great truth is there isn't one."

Mgła (Polish for "fog") are a Polish Black Metal band. The band were founded in 2000 by vocalist and guitarist M, and for the first few years of its existence it was purely a studio project, with M performing vocals, guitar, and bass and Daren handling the drums. During this time the project released a few demos and EPs, including an appearance on the Crushing the Holy Trinity split with Deathspell Omega, among various other bands. In 2006, Daren left and Darkside replaced him behind the drum kit, and soon after the band released its first full length album, Groza, to positive reception. Their real breakthrough came in 2012 with the release of their second album, With Hearts Towards None, which saw the band move in a slightly more accessible direction, featuring cleaner production and a much more melodic sound. In 2015 they released their third record, Exercises in Futility, again to widespread critical acclaim.

"There is something about the rigid posture of a proper, authentic blind
As if extended arms reached to pass his blindness onto others"