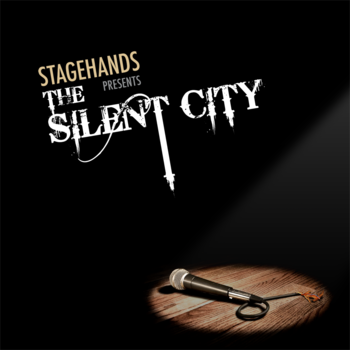 The Silent City is a record-based musical produced by the Stagehands and released in 2009. It follows a music man named Stan from his home in an average town to Laconia, the land of entertainment. It turns out that Laconia is a dictatorship run by a mayor who makes everyone in the town wear a mask in exchange for making them famous.

Stan chooses not to wear a mask, and the mayor does not provide him with fame, but he continues to try. This inspires Ashley, a townsperson who had been previously masked, to join him in his resistance, under threat of exile.Eventually, Stan and Ashley are able to convince the town that they don’t need the mayor, and become leaders of the town. Stan declines because he thinks that the townspeople following him blindly is not an improvement.