Music / Blood on the Dance Floor 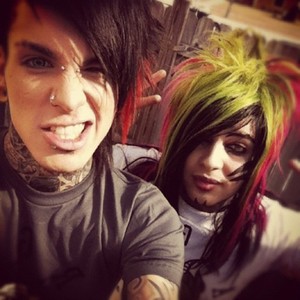 The 2009-2016 line-up: From left to right: Jayy Von Monroe and Dahvie Vanity
Advertisement:

Blood on the Dance Floor (formerly Love the Fashion) was an American Crunkcore duo from Orlando, Florida. They have garnered a significant Hatedom due to not only their music, but Dahvie's various...antics that we will not discuss here for the most part.

In 2018, Vendetta left the group after her relationship with Dahvie ended, leaving him as the sole remaining member. Davhie hasn't given any official word on the state of the band, but has been linking social media accounts with new band names every few months, indicating that any solo work from now on will not be under the BotDF name.

Blood On The Dance Floor provide examples of: