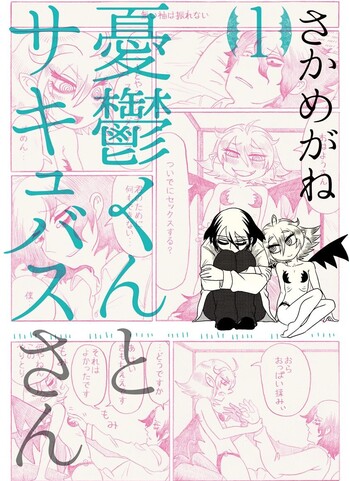 When a succubus comes to the home of a man, ready and rarin' to suck out all his life energy, she runs into an unexpected problem - the man is depressed, and feels no sexual desire whatsoever. Not one to be daunted thus, the succubus decides to move into the man's home and take care of him, in the hopes of being able to get it on with him later. So begins Yuuutsu-kun to Succubus-san by Sakamegane, a Slice of Life manga in which a Succubus takes care of a man with depression and, slowly but surely, helps make his life better.

The primary characters are the succubus, who takes the name of Sakuma, the depressed Yuu, Tsuguna Eru, a well-meaning but insensitive angel, and Metasuke, Sakuma's kouhai.