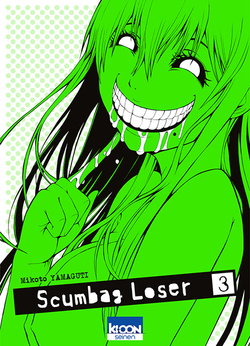 Saiteihen no Otoko (meaning 'Male of the Lowest Social Class') is the story of Murai Masahiko, a youngster who considers himself to be fortunate for one simple reason: he's not the absolute lowest social class male in his class. There is exactly one person below him in that regard, and there's such a wide gulf separating the two of them that he feels that things will never change... until that low class male gets a girlfriend, leaving Murai in a pinch. Murai shows the picture of a girl to his class, claiming this is his girlfriend. The next day, a girl, claiming to be that person appears in class. But, that's impossible... since that girl had been murdered several years ago. Now, in order to maintain the fiction that he has a girlfriend, and he's not the lowest class male, Murai must do whatever this mystery girl says... even as evidence is mounting that she is in no way human, and may in fact be a man eater in the darkest sense of the word...