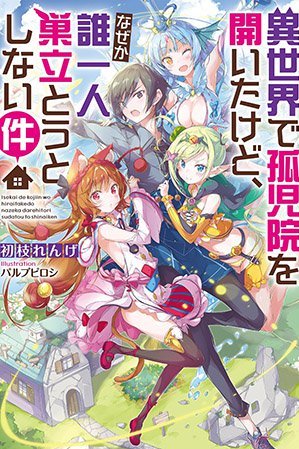 This is what running an orpanage is like?
From a caste based high school, bottom-tier Shinji Naomi is caught up in a summon of his class to a different world. However, as soon as they arrived the king said, "This guy is unnecessary because he only has clumsy skills " and it is concluded that he is to be forced to administer the orphanage, which no one wants to do. Unfortunately for the orphanage his skills were cheat skills that cause the girls to cling to him.

In order to "defend" the girls that depend on him, he must operate the orphanage while overcoming the powerful people, authorities, and former classmates that surround him.

Now with a light novel adaptation.