Literature / We Sold Our Souls 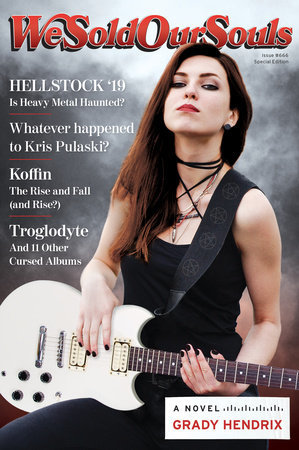 We Sold Our Souls is a 2018 horror novel by Grady Hendrix. Quirk Books published it in hardcover with an appropriately black and red cover.

Kris Pulaski discovered metal as a teen, had ambitions for her music and Dürt Würk, a band she played with and loved. Now she's fallen on hard times. Whatever equilibrium she has in destitution is upset when Dürt Würk's former rhythm guitarist, Scottie Rocket, commits suicide and his family is murdered by what appear to be UPS deliverymen.