Literature / Under A Painted Sky 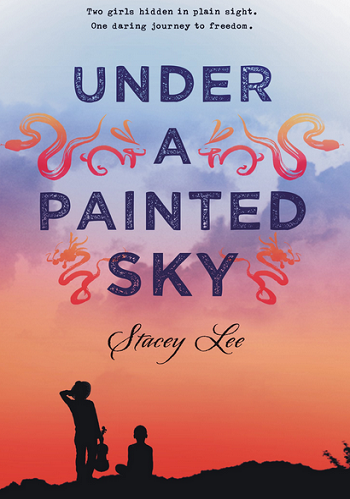 Under A Painted Sky is a young adult novel by Stacey Lee, published in 2015.
Advertisement:

Set in 1849 Missouri (at least at first), the book follows protagonist Samantha and her friend Annamae. When they kill a man in self-defense, they disguise themselves as boys, take the names Sam and Andy, and set off on the Oregon Trail. They meet up with three cowboys and become True Companions as they head west.