Literature / The Many Half-Lived Lives of Sam Sylvester 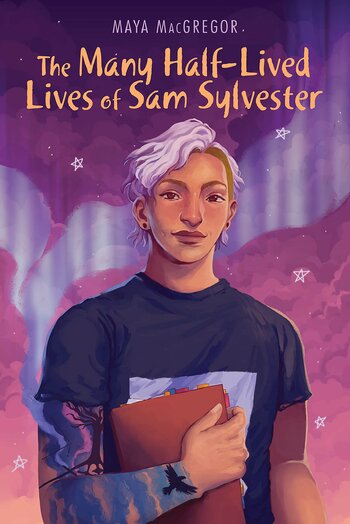 The Many Half-Lived Lives of Sam Sylvester is a 2022 young adult mystery novel by Maya MacGregor.
Advertisement:

Sam is a nonbinary autistic teen fascinated by stories of half-lived lives - kids who died before the age of nineteen. When they and their dad move to a new home in Astoria, Oregon, Sam learns that the house hasn't been inhabited since The '80s, when a sixteen-year-old named Billy Clement died of anaphylaxis from a peanut allergy in his bedroom. Sam thinks Billy was murdered, as does their new neighbor, a girl named Shep, and the two of them investigate the thirty-year-old mystery.

The Many Half-Lived Lives of Sam Sylvester contains examples of: