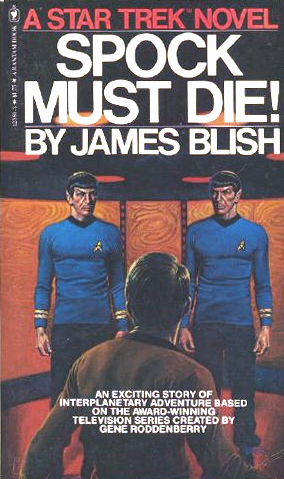 During a routine mapping mission, the Enterprise learns that the Klingon Empire has launched a major offensive against the Federation. Cut off from the Federation, Kirk decides to head for Organia to discover why the Organians have not enforced the Peace Treaty which they imposed in "Errand of Mercy".

What has happened to Organia, which is the original Spock, and what should be done with the duplicate?

As one of the earliest Star Trek novels, Spock Must Die! benefits from only having to maintain continuity with the original TV series. The book is generally considered non-canon, as the Klingons are ultimately interdicted from space flight for a thousand years.

Spock Must Die! provides examples of: