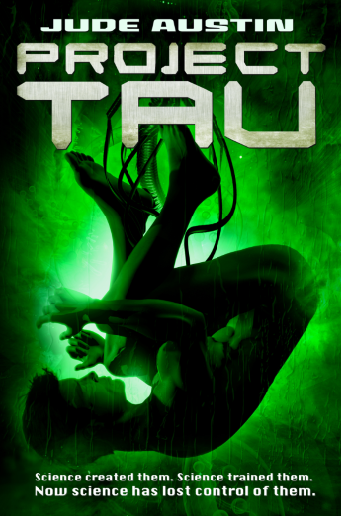 Project Tau has escaped...
"Humans don't need to look on other humans as a subclass of themselves now, do they? Not when you've created a whole new subclass."
— Kalin Taylor/Project Kata
Advertisement:

The first book in the "Projects" series by Jude Austin.

The main character, college freshman Kalin Taylor, accepts a crazy frat-initiation stunt: to break into a top-secret, interstellar scientific company called GenTech. It goes about as well as you'd expect. Imprisoned with the human clone (aka Project) Tau, Kalin's all set to lose not just his freedom, but his whole identity.

Unless, of course, he can somehow manage to escape...

We got a lot to talk about, and all the tropes on the site to do it with...