Literature / In an Absent Dream 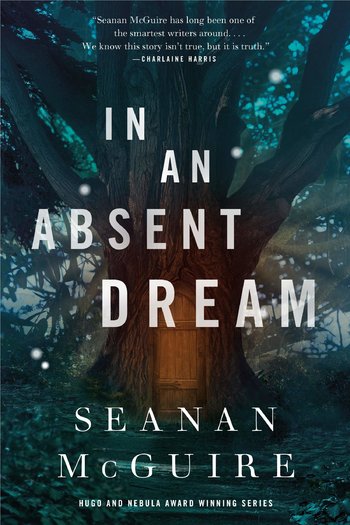 In An Absent Dream is the fourth novella in the Wayward Children series by Seanan McGuire. It tells the story of Katherine Lundy, one of the teachers in Every Heart a Doorway, and her adventures in the Goblin Market.
Advertisement:

This fourth entry and prequel tells the story of Lundy, a very serious young girl who would rather study and dream than become a respectable housewife and live up to the expectations of the world around her. As well she should.

When she finds a doorway to a world founded on logic and reason, riddles and lies, she thinks she's found her paradise. Alas, everything costs at the goblin market, and when her time there is drawing to a close, she makes the kind of bargain that never plays out well.

Seanan McGuire also wrote a short story for the book, "Juice Like Wounds

" about how Mockery, Moon, and Lundy battled the Wasp Queen and how Mockery died, made available for free on Tor.com.

Tropes appearing in this work include