Literature / Beneath the Sugar Sky 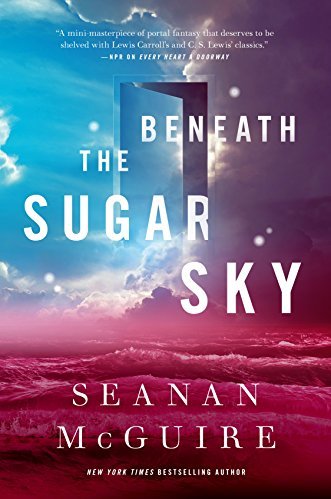 The third novella in the Wayward Children series by Seanan McGuire. It's a direct sequel to Every Heart a Doorway, detailing the ongoing adventures of the children at Eleanor West's boarding school.
Advertisement:

When Rini lands with a literal splash in the pond behind Eleanor West's Home for Wayward Children, the last thing she expects to find is that her mother, Sumi, died years before Rini was even conceived. But Rini can’t let Reality get in the way of her quest – not when she has an entire world to save! (Much more common than one would suppose.)

If she can't find a way to restore her mother, Rini will have more than a world to save: she will never have been born in the first place. And in a world without magic, she doesn’t have long before Reality notices her existence and washes her away. Good thing the student body is well-acquainted with quests...