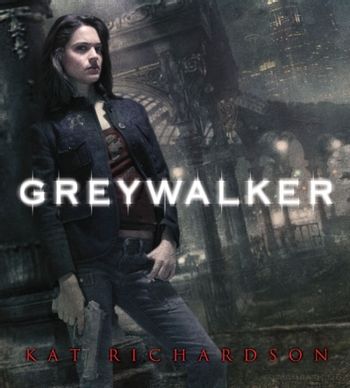 Seattle's never looked so gothic.
Written by Kat Richardson, the Greywalker series follows Harper Blaine, a hard-boiled Private Investigator who dies for a couple minutes before being brought back, but came back... different. More specifically, she has become a Greywalker, a person who can navigate the Grey, the boundary between the worlds of the normal and paranormal. Quickly drawn into the supernatural goings-on of Seattle including a newbie vampire, a witch and her ghost boarder, she has to learn to accept her new life.
Advertisement:

Richardson has noted that the 9th book will be the last in the series, at least for the time being.