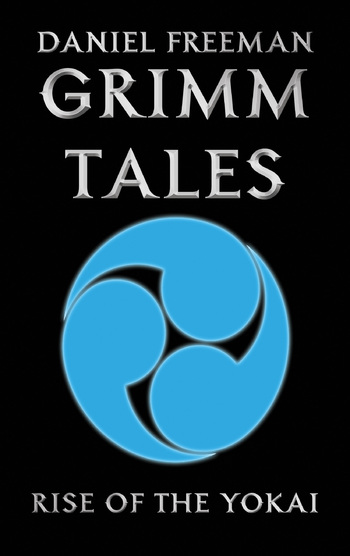 "So if you're ever in trouble, if monsters loom or magic runs wild, give us a call. My name is Zane Grimm. I'm a Crystal City Mage. And helping people is what we do."
— Zane Grimm
Advertisement:

Grimm Tales is a young adult Urban Fantasy series by Daniel Freeman, the first book of which, Rise of the Yokai, was published in 2018.

The story follows Zane Grimm, as he begins his career with the local mage’s guild. You’d think having magic powers would make life easier, but that’s where you’d be wrong. And when a goddess shows up to give Zane his first assignment (stopping the return of another goddess bent on spreading death and destruction), that’s when things really get complicated.