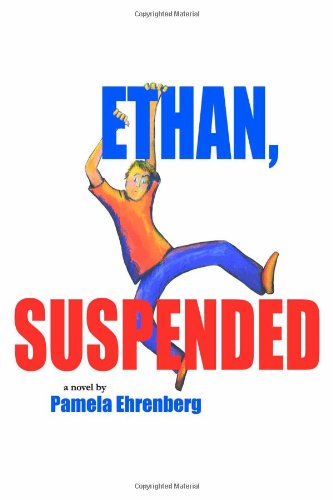 Ethan, Suspended is Pamela Ehrenberg's 2007 YA novel debut. After getting suspended from his suburban Philadelphia school, 13-year-old Ethan Oppenheimer is sent to live with his grandparents, the last remaining Jewish family in their Washington, D.C. neighborhood.

Ethan quickly comes to think his whole life is "suspended", what with his grandparents' lack of 21st-century technology and his new school's lack of soap and paper towels in the washroom. Oh, and he's the only white student in the predominantly African-American and Hispanic school. And his bedroom was last occupied by an uncle who died at age 20, decades ago, and is untouched down to his old The Lone Ranger comics. Back home, Ethan's parents are busy getting separated and the only updates he gets are from his sister, who herself is in college in California.

Basically, the setup is an inversion of The Fresh Prince of Bel-Air.