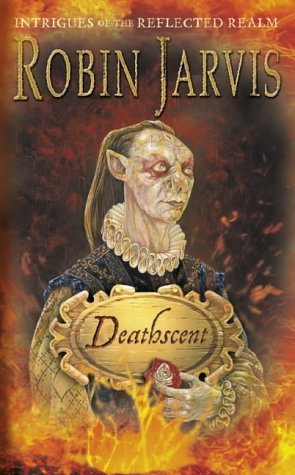 With the aid of mysterious Special Ambassadors, humans have left the Earth behind and now dwell in domed cities and islands between the stars. Journeys between islands are conducted on "night boats", lifespans are greatly extended, and livestock has been replaced by Clock Punk creatures that grow food in their "stomachs".

But despite all this, people are still people. Queen Elizabeth I is still mercurial and unforgiving, politicians will still do anything to get ahead, and religious and national tensions are as strong as ever. War between Englandia and Spain is on the horizon.

Into this chaos drops a strange vessel, smashing through the domed ceiling of a disaffected noble banished from court for speaking his mind. Out of the flaming ship tumbles a visitor from another world. His name is Brindle, and he's about to change everything...