A Grand Day Out

The Curse of the Were-Rabbit

A Matter of Loaf and Death 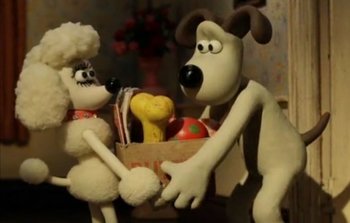