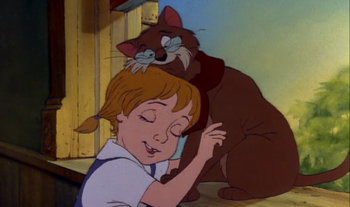 This is the heart of someone you'd want to rescue.