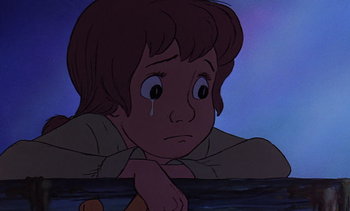 Kid's got it rough.