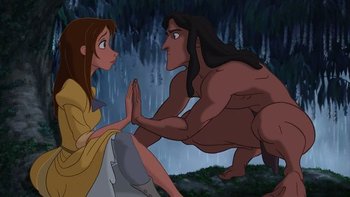 A sweet Meet Cute despite the rocky start.