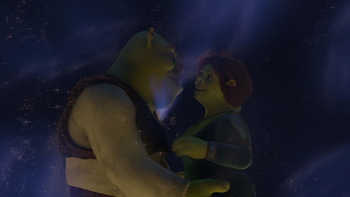 Fiona: "I want what every princess wants: to live happily ever after... with the ogre I married."