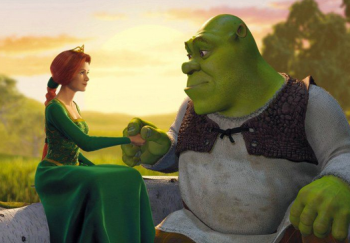 ♪ You belong to me...
This page is for examples specific to the first film, as well as any tie in Shrek media without its own page. Please keep examples for the other films on their own separate pages.