Film / Suits on the Loose 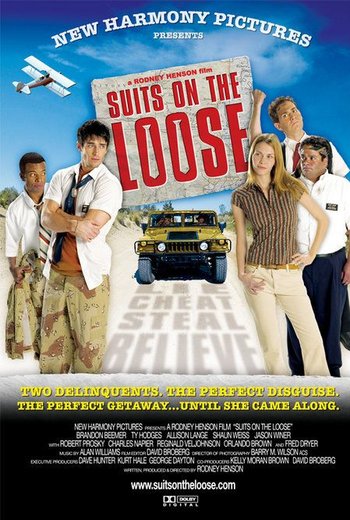 Suits on the Loose is a 2005 film directed by Rodney Henson. Billed as "a heartfelt coming-of-age comedy", the film follows two juvenile delinquents named Justin and Tyler who are sent to a desert survival camp. They manage to escape from the camp by stealing a truck, which breaks down at rest stop. There, they encounter two naive missionaries called Elder Johnson and Elder Talbot. Justin and Tyler steal the missionaries' car and decide that the best way to hide is to pretend to be missionaries. Before they can make a break for it, they somehow get caught up in missionary work in the town of New Harmony.

Suits on the Loose provides examples of: