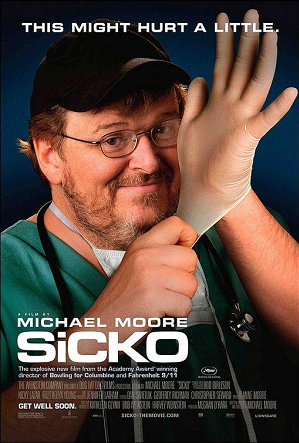 Sicko is a 2007 documentary film created by Michael Moore that criticizes the American healthcare system.