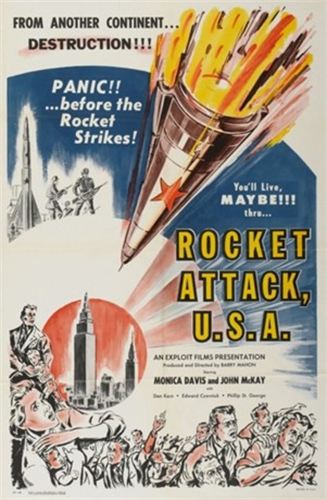 "We cannot let this be... the end." note  Oh yes, we can!
— The Narrator, at the film's ending
Advertisement:

What starts as a dull 1961 spy flick abruptly turns into a Cold War propaganda piece when it turns out Sputnik has given the Soviets a decisive edge in the arms race.