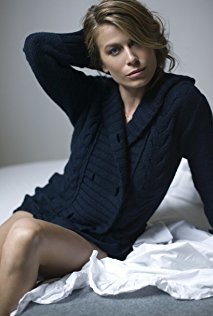 Sonya Walger (born 6 June 1974 in Hampstead, London) is an English actress known for her roles in the ABC series Lost as Penelope "Penny" Widmore, and as Olivia Benford on ABC's FlashForward (2009). In 2012, she played Dr. Emma Ryan on USA's Common Law. She is also known for playing Molly Cobb on For All Mankind.