Film / Right at Your Door 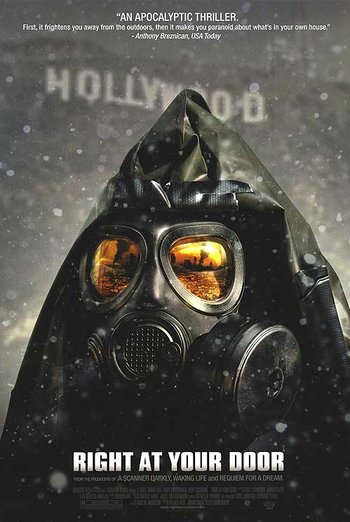 "With a twist. You never see coming."
Advertisement:

A 2006 post 9-11 terrorism movie about a generic guy named Brad and his generic wife named Lexi, who get caught up in a large-scale terrorist attack on Los Angeles. Informed by the radio that the bombs carried a biological agent, Brad uses duct tape to seal off the house while Lexi, who was on her way to work, is trapped outside. Brad refuses to let her enter the house, leading to a great deal of hammed-up drama.

Supposedly explores how average people would react to a biological attack.