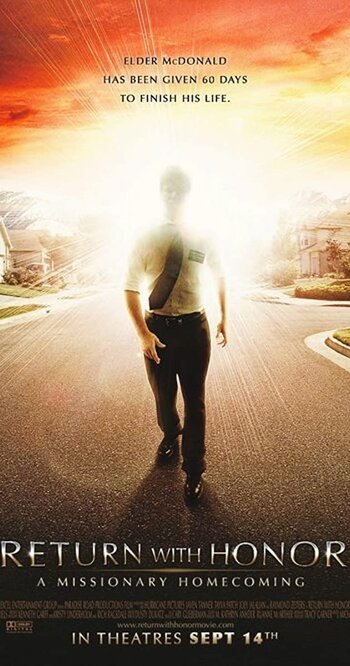 Return with Honor is a 2006 dramatic film directed by Michael Amundsen. It tells the story of LDS missionary Rowe McDonald, who gets into an accident just after he finishes his mission. He has a vision where he tells God he wants to teach the gospel to his mother Trish, and God tells him he has sixty days to do so. Believing he has sixty days to live, Rowe finds his mother is working at a bar and doesn't seem that interested in religion. His girlfriend doesn't seem to understand why he's in such a hurry to get married, though he does get some support from his friend Corbin. Rowe has to learn the true reason his life was spared before time runs out.

Return with Honor contains examples of: