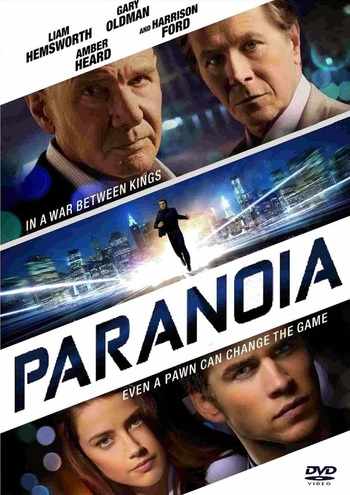 Paranoia is a 2013 American thriller film directed by Robert Luketic, with a screenplay written by Barry L. Levy and Jason Hall, based on the 2004 novel of the same name by Joseph Finder, and starring Liam Hemsworth, Gary Oldman, Amber Heard and Harrison Ford.

Adam Cassidy is a young man who deeply hates his job at the tech company Wyatt Corporation. After being fired, Adam uses the company's credit card to pay for drinks for his friends at a club. His boss, Nicholas Wyatt, blackmails him into infiltrating the company of his rival and former mentor, Jock Goddard, and act as an corporate spy.