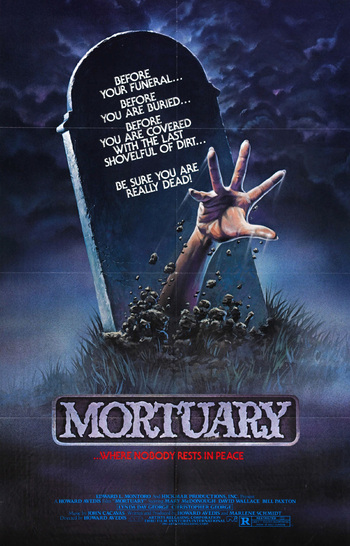 Mortuary (known internationally as Embalmed and Hall Of Death) is a Horror Movie by Howard Avedis.

Christie Parson (Mary Beth McDonough) is a teenage girl from her father's (Danny Rogers) recent death. It was ruled out as a drowning, but Christie is convinced he was murdered. With the help of her boyfriend, Greg (David Wysocki, billed as David Wallace), who discovered the local mortician Mr. Andrews (Christopher George) and Christie's mom, Eve Parson (Lynda Day George), holding a seance with a bunch of other women, Christie begins an investigation into what happened to her father.