Film / From the Terrace 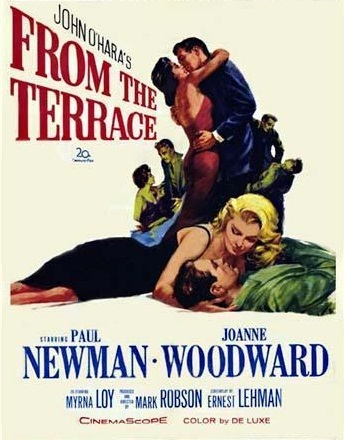 From the Terrace is a 1960 American drama film directed by Mark Robson, starring Paul Newman, Joanne Woodward, and Myrna Loy. The screenplay was written by Ernest Lehman, based on the 1958 novel of the same name by John O'Hara.

The film tells the story of the estranged son of a Pennsylvania factory owner who marries into a prestigious family and moves to New York to seek his fortune.

A young Barbara Eden appears in one scene.