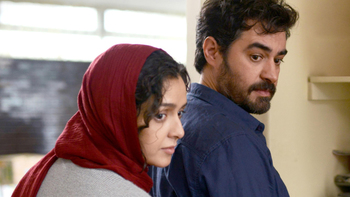 The Salesman is a 2016 Iranian drama directed and written by Asghar Farhadi.

It tells the story of husband and wife Emad and Rana, an artistic couple (he teaches literature, they both act in the theater). They are currently performing in a production of Arthur Miller's Death of a Salesman, from which the film takes its title.

When their apartment building nearly collapses, they're forced to move. Their new apartment was previously occupied by a prostitute who serviced her johns there. Emad and Rana do not find this out until after a shocking moment of violence. The movie then explores themes of trauma and revenge.

This film won the Academy Award for Best Foreign Language Film at the 89th Oscars.