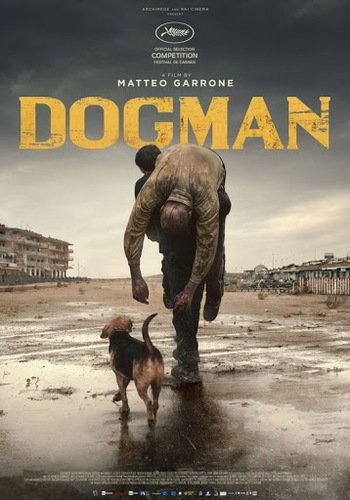 Dogman is a 2018 Italian drama starring Marcello Fonte and Edoardo Pesce. It was directed and co-written by Matteo Garrone, Based on a True Story.

Marcello (Fonte) is a small, humble, good-natured dog groomer who gets along with everyone in the neighborhood. He spends his time grooming dogs, playing soccer, doting on his daughter and selling cocaine on the side. The local bully Simone (Pesce) occasionally comes around to demand that Fonte give him some cocaine or participate in some petty robbery, for which Marcello is rarely compensated. The locals are all tired of being abused by Simone, but Marcello is too hesitant to take any side. As the feud escalates, however, Marcello is unwittingly drawn into dire circumstances.