Film / A Curious Conjunction of Coincidences 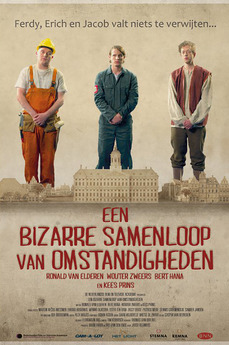 Ferdy, Erich and Jacob can not be held accountable
Advertisement:

The film tells about three men from different eras: Ferdy Bloksma (a construction worker working on a new subway tunnel in 2011), Erich Reinhart (a German soldier in World War II) and Jacob van Deyck (a man responsible for transporting wooden pilings to Amsterdam for the construction of the Royal Palace of Amsterdam in 1649). All three of them have a rough day, and make a big mistake because of it. On their own, these misstakes don't immediately have an impact, but combined they eventually lead to the destruction of Amsterdam.

The whole film (with English subtitles) can be found here