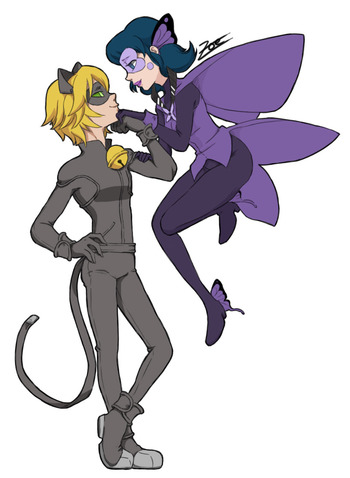 is a complete Miraculous Ladybug fanfic written by imthepunchlord

, and published at Archive of Our Own and at

When one of the two most powerful miraculouses falls into the wrong hands, the Black Cat is awakened to get it back, and gets unexpected help from a once lost butterfly.

The author's concept for a "Butterfly!Marinette" AU was introduced a few months before the first draft of this story was started, in two one-shot fics entitled Oops

and Plans and Risks