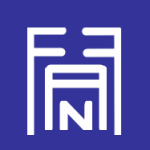 (or FF.Net or FFN for short) is the biggest archive for FanFic on the Internet, offering millions of stories, with a total length somewhere in the range of fifteen to twenty-five billion words. As of November 2017, the number of FF.Net user accounts created exceeded 10 million.

Launched on October 15, 1998 by webmaster Xing Li, it soon snowballed into something incredible. Its secret to success is its limited moderation and fully-automated system, meaning posting is very quick and easy and can be done by anyone. Pretty much the ultimate expression of Sturgeon's Law, the site has gotten an exaggerated but not entirely unfounded reputation for representing a lot of the worst excesses of fanfiction.

FF.Net has had such a strong influence on the fan community that it was almost solely responsible for making the Script Fic obsolete - it banned almost all fics written in this form. This was mostly due to quality concerns over people being extremely lazy in their writing from the format. It has also banned Real-Person Fic due to the potential for libel suits, forcing the RPF communities elsewhere, such as to LiveJournal.

Since 2002, it has banned MA and NC-17-rated material and opened up the site to minors (13 year olds). LiveJournal became a haven where those against the vulgarity-ban fled, although alternate sites were also formed specifically for adult fanfics. See The Other Wiki

There is still an M rating category, the tag of which still needs to be manually selected to view adult fics. For a number of years, writers insistent on posting MA and NC-17 material on FF.net despite the ban put their Lemon and Lime there instead. As enforcement was weak at best, ignorance and/or deliberate disregard of the TOS/Guidelines became almost an unspoken norm.

On June 2012, the admins ramped up their enforcement of TOS/guidelines. This included responding to reports of plagiarism, copyrighted material, non-stories, MA material incorrectly rated as M and resulted in the removal and suspension of thousands of stories/accounts which were allegedly in violation of the rules. Among fans

, this was rather aptly named "The Purge."

In response to the enforcement action, an estimated forty thousand users migrated the site in favor of Archive of Our Own, FicWad, and other fanfic-hosting sites. Key reasons for the outcry were complaints that there was no notice to change the "offending" material. (It should be noted however, that as stated the Terms of Service agreement

for FF.Net, "FanFiction.Net reserves the right to remove Content and User Submissions without prior notice.")

Other reasons for protest include the admins providing vague and unclear reasons for removal of stories, or sometimes no reason given at all. There were also a small number of cases of wrongful removal of stories which were compliant with the guidelines. Some authors who appealed the removal reported that these stories were reinstated with reviews intact on successful appeal. If the author offers to change the content of their stories so that it doesn't match the original scripts they're based on they may also be able to avoid having them taken down. The guidelines, however, have essentially made Film Fics no longer allowed, while Twice Told Tales are risky at best.

One interesting aspect of the site is that it simply is the reason that the Most Fanfic Writers Are Girls trope exists. While there has always been a decent female representation within fanfiction, this site really brought it to prominence. The vast majority of the members are, indeed, female and this has actually lead to sort of an inverse of the G.I.R.L. trope being used on the forums. Certainly, the male members using it as a social network tend to make a big deal out of their gender. The site is also popular as a social network, with a majority of the members signing up specifically for the forums. Much of the problem with the general quality comes from people that write stories without really caring due to either a sense of obligation or to get their name out there. Of course, this doesn't mean that there aren't many people who do want constructive feedback on their actual writing, but due to the very optimistic outlook of most members, it's not really the best place for it.

The nickname "Pit of Voles" comes from a Google-bombing campaign that succeeded for a while in making FF.Net the number 1 Google search result for that phrase. The aforementioned AdultFanFiction.net is known as the Uber-Pit. As of July 12, 2018, FF.Net is the sixth result for this phrase, with the Urban Dictionary definitions linking to FF.Net as first and this very article as fourth.

It also has a sister site, FictionPress

. It hosts original fiction instead of fanfiction.

As of August 2019, the following fandoms had at least 40,000 submissions on FF.Netnote This disregards crossovers and misplaced fanfiction, which is hard to count. (Story-count on the site has been rounded to approximate numbers.)

It's been noted that the more popular fandoms are split between multiple media - this can make them difficult to sort and count. The site also has a Crossovers section, so eloquently designed that you can find the person who thought it was a good idea to cross Harry Potter with Leave It to Beaver within three clicks. Yes, one such story does exist.

Franchises with over 40,000 stories combined

An interesting piece of trivia: while most of the stories are in English, the Screenplays section is predominantly Indonesian, with over 44,000 of more than 46,000 stories in the language, although it's mostly used to sneak in an awful lot of K-Pop Real Person Fics.

For a more thorough list of individual fanfics that can be found on FF.Net, go here. Note that stories listed there are not necessarily exclusive to FFN, and some may also be mirrored on other fanfiction sites.