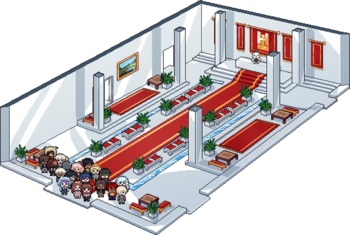 Lobby and character pixels by Tal

Whether you’re wealthy or less fortunate, famed or unknown, business savvy or an industry newcomer, welcome to Hope’s Peak Academy! In celebration of our illustrious institution’s 50th anniversary, the globally renowned conglomerate Hope Incorporated has graciously decided to help us commemorate the occasion by establishing their first brick and mortar store.
—Introduction.

is a Discord roleplay that borrows themes from the original Visual Novel Danganronpa where a group of talented individuals from Hope's Peak Academy are forced into a mutual killing game inside a store owned by the inexplicable and globally renowned organization known as Hope Incorporated.

Participation is via application only, and the RP is held entirely on Discord.

Character tropes
HPA's prestigious 50th class. These 19 unlucky students will have the luxury of previewing Hope Inc's first brick and mortar store before it opens to the public.

Characters and descriptions belong to their respective players. 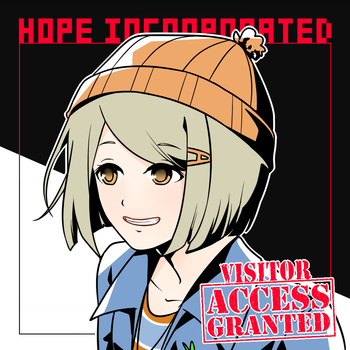 "There will always be part of ourselves that we leave at every meeting with another person!"
Behind every vending machine’s location is a person and one of those is Atsu Mozuna! A girl who has a knack for choosing profitable spots, she strategically finds the best places for consumers to indulge their shopping towards these machines. No matter how rural of an area, there’s always a guarantee of survival which has led her name to sit atop of major corporates who eagerly wait for her next call. The continuous success in numbers eventually resulted in a series of Atsu’s placements in her hometown to go viral, reaching multiple newsletters as she no longer remained unknown to the nation. After Hope’s Peak Academy began researching the statistics of locations she had tipped in the past, they reached out to the girl, making her the SHSL Vending Machine Placement Scout.

Atsu is one of the masterminds of the killing game, as well as the culprit of Chapter 5 and 6, having shot Seichou Shirane and electrocuted Hisanobu Fubuki. She is saved by a vote, however, and ultimately survives the killing game. 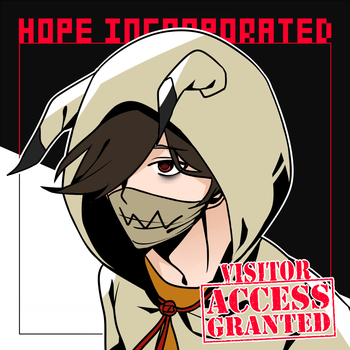 "I don't know who I want to be."
Cape is a costumist, famous for his web shop where he’s made a living selling both his quality work and his mysterious and unsettling persona. A lot of the charm that comes from his shop is through the sheer dedication to the character. As a result of this, seemingly nothing is known about him, including his name, age or birth date. 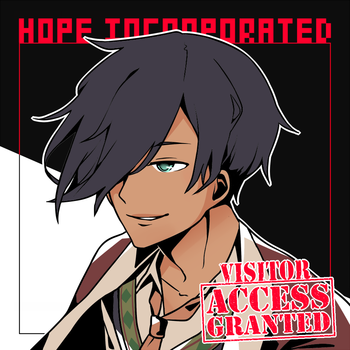 "You make an interesting toy. I look forwards to breaking you."
Making a serious impact on the commercial world, a boy going only by the pseudonym “Khal” is setting` industry standards like no other has in centuries. Known for his ability to buy and sell off anything one requests, the boy has made a name for himself by trading even the rarest of goods, having been rumored to have even sold a Van Gogh painting at some point in his relatively short career. Many celebrity names and faces have gone on record saying how reliable his service is, having presumably used it themselves. His skill in the art of trade, as well as the mystery of his true identity, thousands of people online attempting to match a name to his face, have helped cement Khal as one of, if not the most famous trader in the world.

Khal is the victim of Chapter 4, found dead of exsanguination. 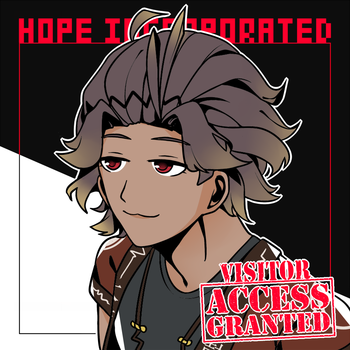 "Let it all out, friend."
‘‘Your heart is a Taiko. Its beat, untamable.’’ is a phrase you will hear a lot coming from Kihaku Horikawa, the Ultimate Taiko Drummer. As the lead percussionist of Taikodou, the most popular kumi-daiko (taiko ensemble), he has performed all around the country and internationally at festivals, theatres, concerts and parties. All alongside the other five members of the group. However, what really boosted their popularity was their contribution at the more contemporary music festival: Don Don Japan Fest. Many say that Horikawa’s fusion of modern music and taiko created a whole new genre of its own; Neo-Taiko. If you are not too familiar with cultural or musical events, you may have heard of Dokihaku, ranked top 10 in various rhythm games. It is undeniable that Kihaku’s beat is perfect. Don’t let his calm demeanour fool you, for he will definitely pump his audience up when he is at the drums.

Kihaku is the culprit of Chapter 4, having stabbed Khal whilst under the effects of the motive. He is caught and executed. 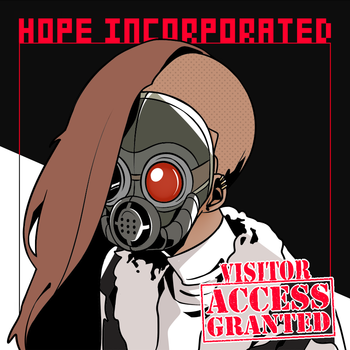 "The best minds in history normally have to leave part of themselves behind so they can be better and better the world. To really change shit, you have to change yourself first. You've gotta make yourself ready."
While Kossetsu is a highly controversial figure in the world of graffiti, no one can deny their artistic genius. Seemingly appearing out of nowhere, Kossetsu gained instant fame due to the artistic skill and clever visualization within their first work, which was an anti-conformist piece spread across several trains of Tokyo’s subways. After that, their works began appearing all over the world, carrying messages of individuality, political criticism, and anti-corporatism, with most of their work identifiable by the use of skeletal motifs. The fiery, satirical voice within their art has made them many enemies, and, as a result, they have generally stayed hidden. Not much is known about them aside from the fact that they are from Japan.

Kossetsu is found injured in Chapter 2 via blunt trauma, but lives. They survive the killing game. 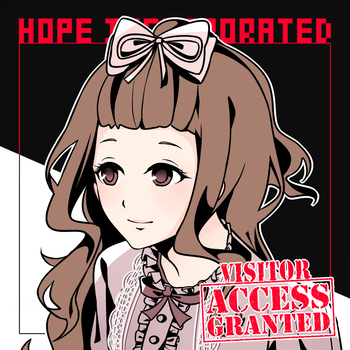 Yves is a popular writer in the horror genre, though she has dabbled in fantasy, romance, and science fiction. She published her first short story at 13 and has continued publishing frequently since then. She is best known for her novel Kizmet, which follows the story of a group of college students trying their best to survive the attacks of a vengeful demon. The novel stands out for consistent subversion of expectations, bordering on a horror parody while still keeping its sense of terror and dread. There was some controversy about the novel’s use of second person, but Yves firmly stands by her decision, insisting the novel wouldn’t be the same without her. Amongst fans, Yves is referred to as ‘the princess of horror’. This is due to her incredibly cute and girly fashion sense, frequently dressing up in classic or sweet Lolita. Due to her cute fashion sense and adorable physical appearance, Yves has become a bit of an idol to horror fanboys and has her own fanclub specifically dedicated to her.