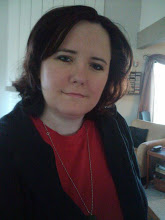 Jennifer Alyx (born April 12, 1975 in Harvey, Louisiana) is an American voice actress best known for voicing naive young girls. One of her earliest most known roles was Fate Testarossa of Magical Girl Lyrical Nanoha where she was originally the rival of its titular heroine, Nanoha Takamachi that then became her trusted ally in the long run. She is usually cast alongside Cristina Valenzuela in multiple roles such as The Familiar of Zero, Agent Aika, and the aforementioned Magical Girl Lyrical Nanoha. She originally disappeared from the voice acting scene in 2012 to work as a paranormal romance writer, but she seems to be coming back, playing extras in The Seven Deadly Sins, and playing several roles in Little Witch Academia in 2015.