Podcast / The Chronicles Of Oz 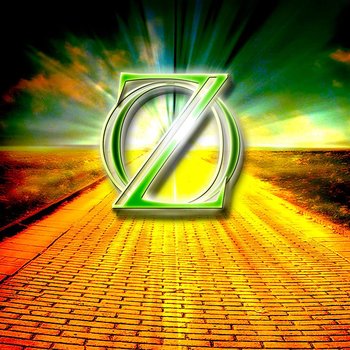 Sometimes your world can change in a moment...

The Chronicles of Oz

is an Audio Play adaptation of the Land of Oz series by L. Frank Baum. Produced by Crossover Adventure Productions, the series takes the original Oz stories and retells them with a modernized, somewhat Darker and Edgier spin, with some more thorough worldbuilding. The Mythology Gags and references to Baum's other works are plentiful; some just as Shout Outs and some as foreshadowing for the future.

The series so far consists of three seasons, with six episodes per season, each season adapting one of Baum's books.

The first season, The Wonderful Wizard of Oz, tells the familiar story of Dorothy Gale from Kansas, who gets caught in a tornado and finds herself in the magical land of Oz, where she (together with her dog Toto, a Scarecrow, a Tin Woodman and a Cowardly Lion are sent by the Good Witch of the North to travel to the Emerald City to ask the Wonderful Wizard to send her back home. Unfortunately, this is an Oz in the middle of a great unrest, and Dorothy's accidental assassination of the Wicked Witch of the East leads to a power struggle and a civil war in Munchkinland that threatens to spread to the rest of Oz.

The second season, The Marvellous Land of Oz, sees the civil war reach the Emerald City, and the narrative follows Tip, the apprentice to the witch Mombi, as he journeys to the Emerald City with his newly-created companion Jack Pumpkinhead and ends up in the middle of the war, as well as on a quest to find the lost princess Ozma.

The third season, Ozma of Oz, is all about Ozma (accompanied by the Scarecrow, Tin Woodman and Cowardly Lion) journeying to the land of Ev to aid her relatives, the Royal Family of Ev, in their time of need. At the same time, Dorothy and her new friend, Billina the chicken, have also ended up in Ev after they were swept off a ship in a storm, and soon they're all off to the land of the Nomes to rescue the Royal Family from the Nome King.

The creators have confirmed that more seasons are forthcoming and are looking into adapting other Baum stories, starting with a Christmas Special release of The Life & Adventures of Santa Claus.