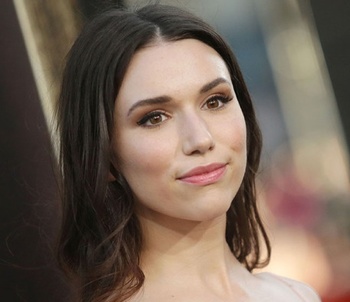 She was first trained as a ballerina. She's perhaps best known for playing Carol in Annabelle: Creation and Mary Bromfield in SHAZAM!, both of them directed by David F. Sandberg.

She's the niece of actress Joan Shawlee, who played Sweet Sue in Some Like It Hot.