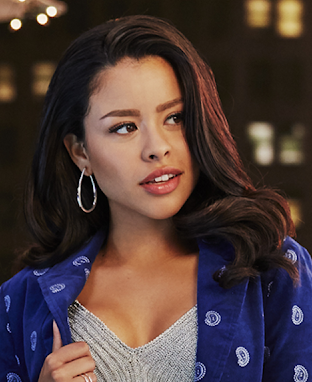 Cierra Alexa Ramirez (born March 9, 1995 in Houston, Texas) is an American screen actress, voice actress and musician. She is a Latina, of Colombian and Mexican descent.