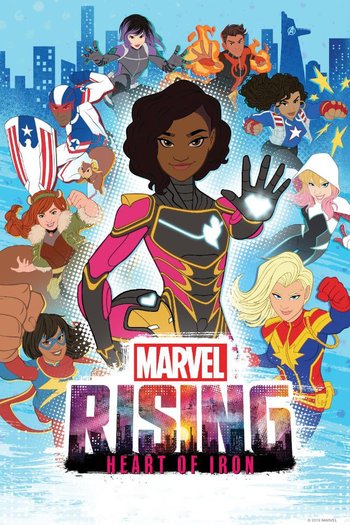 Marvel Rising: Heart of Iron is a 2019 animated television film based (loosely) on the Ironheart comic book series. It is the fifth entry in the cross-platform Marvel Rising franchise, serving as a sequel to Marvel Rising: Secret Warriors and Marvel Rising: Chasing Ghosts.

The movie was released on Marvel Comics' YouTube channel on April 3rd, 2019. It can be viewed here

It is followed by Marvel Rising: Battle of the Bands.