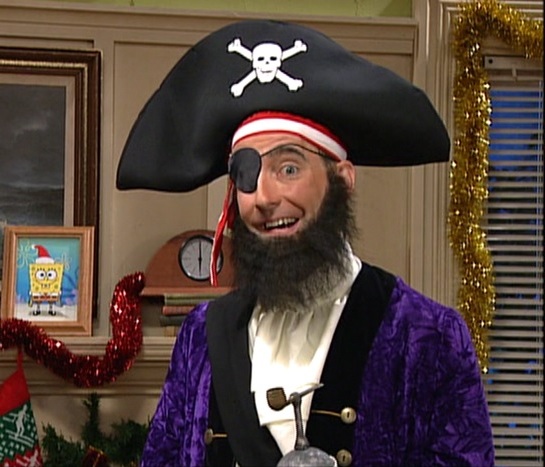 The president of SpongeBob's fan club.

The painting of a pirate captain who appears in the show's opening.