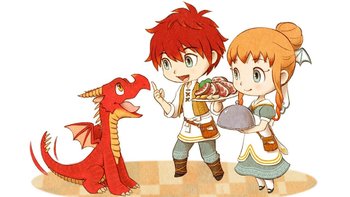 From left to Right: young Draco, Ren, and Rin
A pair of opposite-gender twins. When their mother falls ill, it is up to them to run the family business, as well as find a way to save her.
Advertisement: 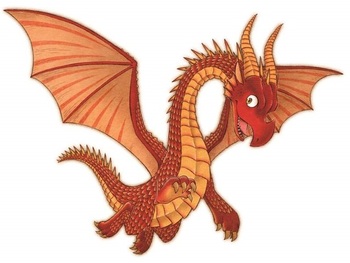 Draco, all grown up
A pet dragon that the twins are entrusted to raise from infancy to adulthood.

A human woman with dragon ancestry, and the sole worker at the LDC before an illness sends her into a coma. 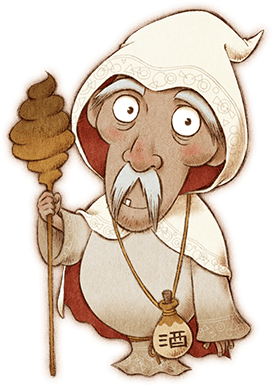 A peculiar wizard that gives the twins Draco's egg. He's able to transform collected recipe fragments into usable recipes, as well as upgrade the Cafe when their pet dragon grows too large to fit inside. 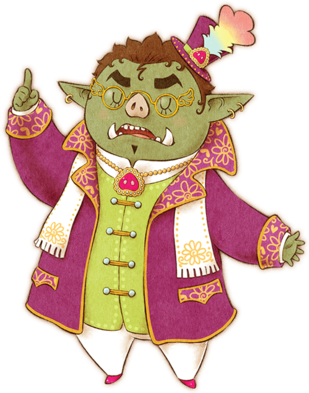 A slacker that's forced into working at the LDC when he can't pay for his meals. 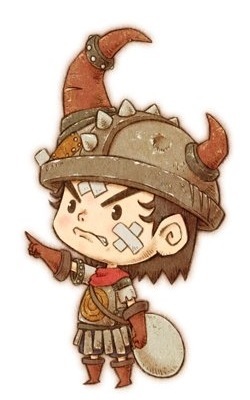 A small adventurer that wields a spoon instead of a sword. 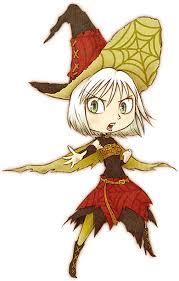 A witch that lost most of her magic after being hit by lightning during a storm. Originally looks down on non-magical humans, until the LDC staff help her see them in a new light.

A girl that ran away from home after her mother passed away. 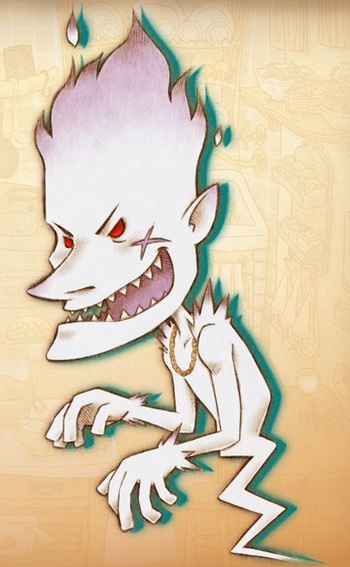 A punk spirit that enjoys causing chaos, that very few people can actually see. In life, he was often abrasive to his deaf girlfriend, but the LDC staff help him realize how much she really meant to him. 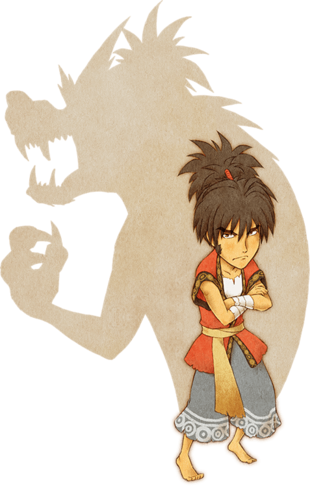 A traveler with a beastly side he has trouble controlling. 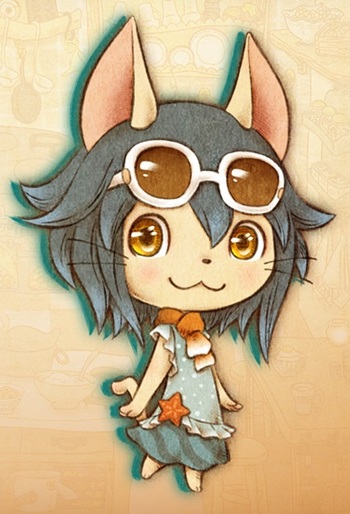 A formerly-stray cat that has worked her way up to being an idol singer. 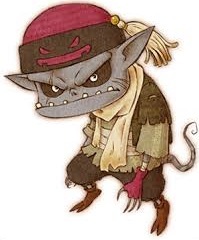 A master thief. Usually only steals from the bad, with his greatest regret being his theft of a brooch that was a memento from his target's mother. 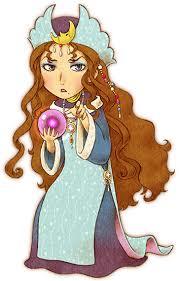 A fortuneteller that can only see bad things in the future. 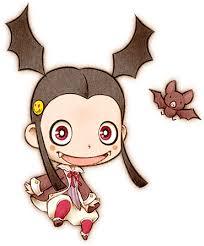 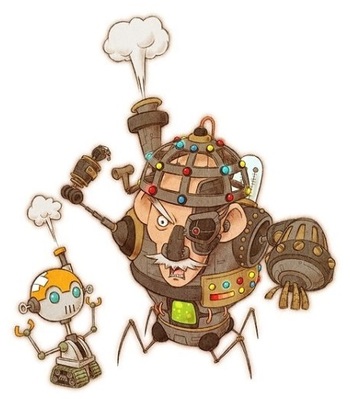 An acclaimed pharmacologist, and his assistant.