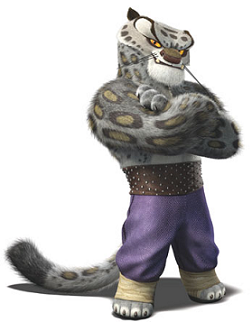 "Fly back there and tell them... the real Dragon Warrior is coming home."

The Big Bad of the first film. One of Master Shifu's earlier students and adopted son, Tai Lung is an arrogant Snow Leopard who turned evil and went on a rampage. For that, he was imprisoned for twenty years. It is the prophecy of his escape that sets the events of the series into motion, and his defeat at the hands of Po that affirms Po as the Dragon Warrior. 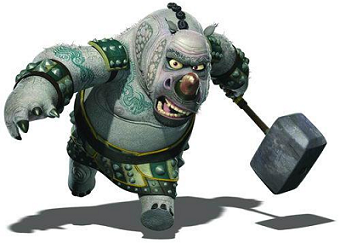 "You doubt my prison's security?"

The head of security at Chorh-Gom Prison, where Tai Lung was held for twenty years.