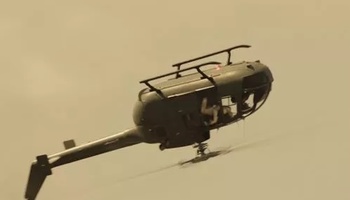 And that stunt was done for real.